Huckleberry’s Breakfast and Lunch opened Monday at 1260 Auto Park Way, Ste. A, in the Target mall. Some diners and groups of diners were so impressed with the food that they returned on Tuesday with more friends.

Huckleberry’s is a breakfast and lunch restaurant concept that offers delicacies that lovers of Southern cuisine and Cajun and Creole cuisine will recognize. It’s luxurious comfort food that will have you throwing your food in the trash for a day. But you won’t feel like you’re overeating. The food is so light, especially the donuts, which are light and fluffy but so delicious. 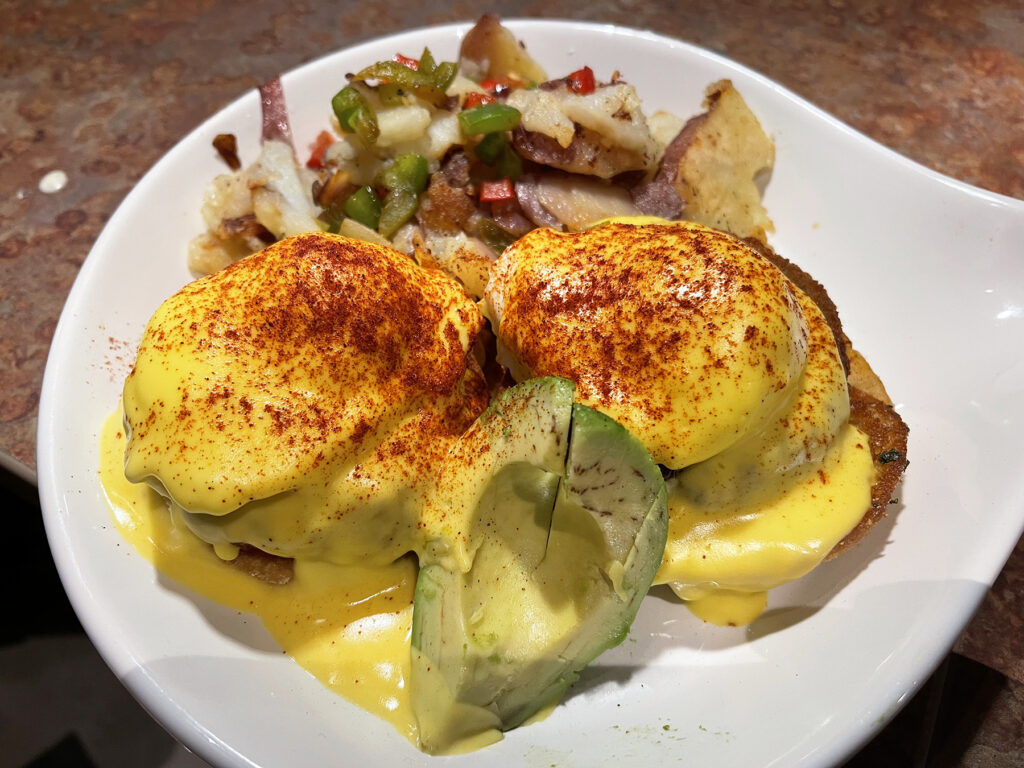 A tasty Crab Cake Benedict with a generous slice of avocado and creole potatoes.

The Greater Escondido Chamber of Commerce sent its ambassadors to try Huckleberry’s on the second day of business. The group got their own conference room and were able to share plates of treats such as fried green tomatoes, fried okra with dips and, sending the sweetness meter through the red line, Mardi Gras donuts with sweet vanilla cream and jams made from blueberries, peaches and strawberries.

The first of the guests to pass was General Mgr. Sikander Bhutto, who said, “We are very happy to be here in Escondido.

One of the owners, Chief Operating Officer David Glennon, said: “We have hired fifty fantastic people. Something is going well in Escondido! 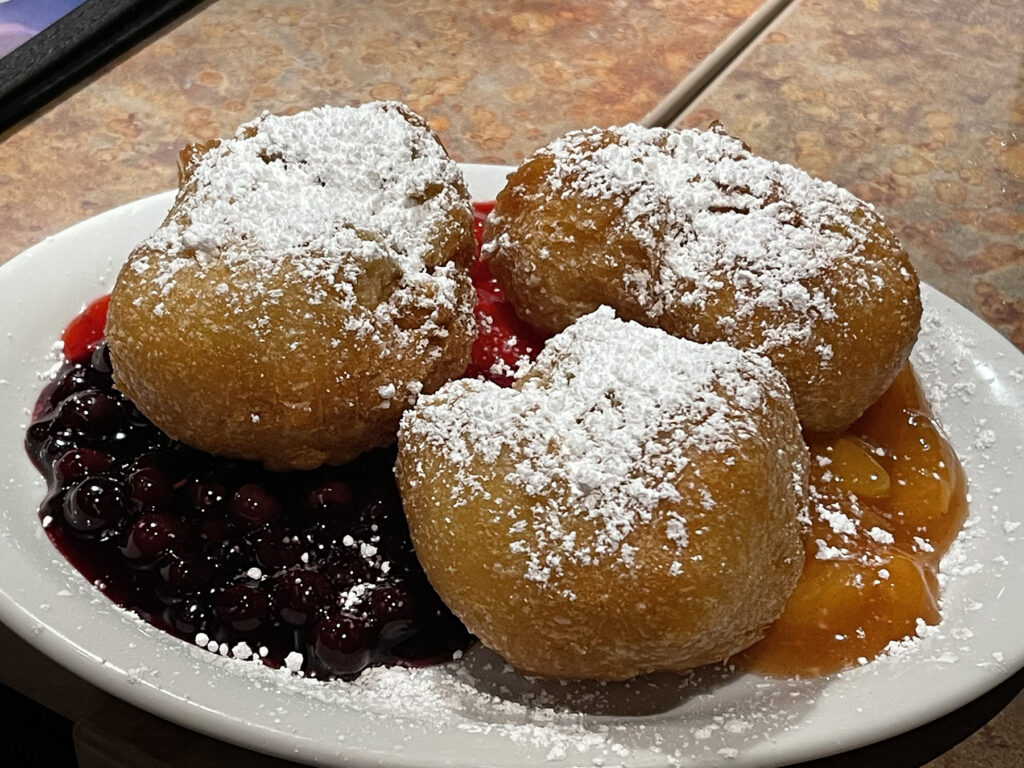 One of the servers, Alexis, said one of the most common comments she heard was “You expect the food to be heavy and filling and it’s not.” Her favorite items are the Spicy Chicken Sandwich and Stacked Chicken and Waffles, which she describes as “salty and sweet”, and the Dixieland Steak Melt, which she says is “not too filling”.

We suspect that the ambassadors will be back. 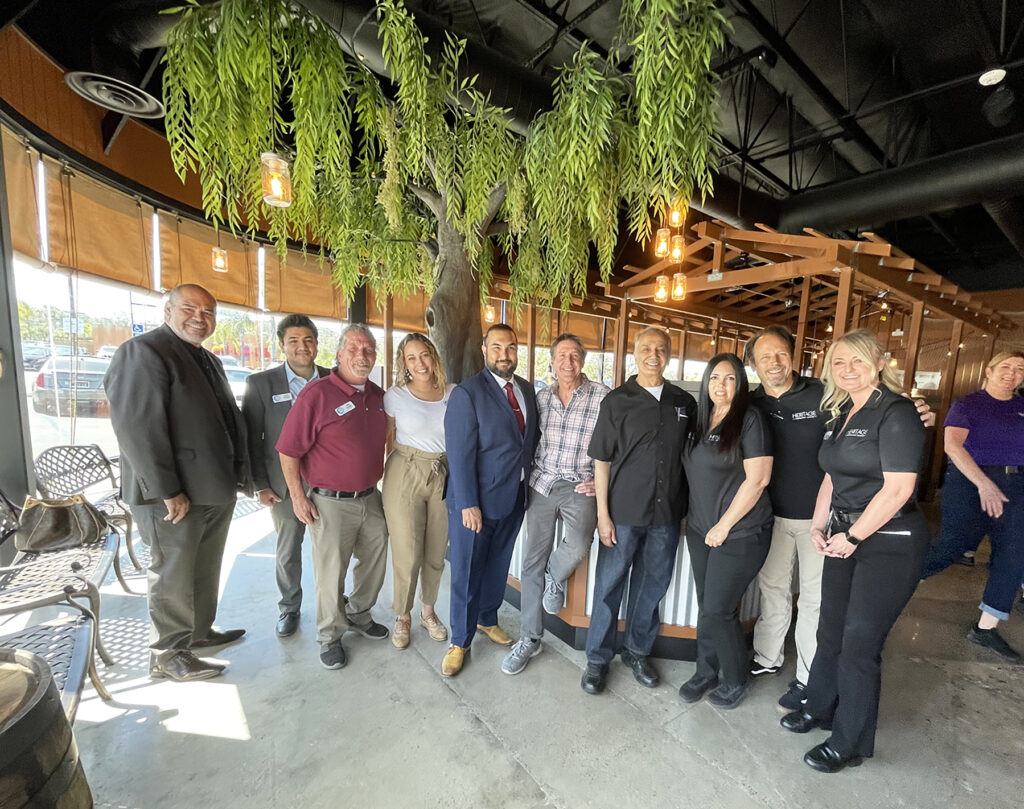