ANIPLUS The Esplanade Cafe has long been a popular hangout for anime and manga fans. They just announced that they’re upping the ante today with the very first The attack of the Titans cafe concept collaboration, opening at ANIPLUS on April 1st. 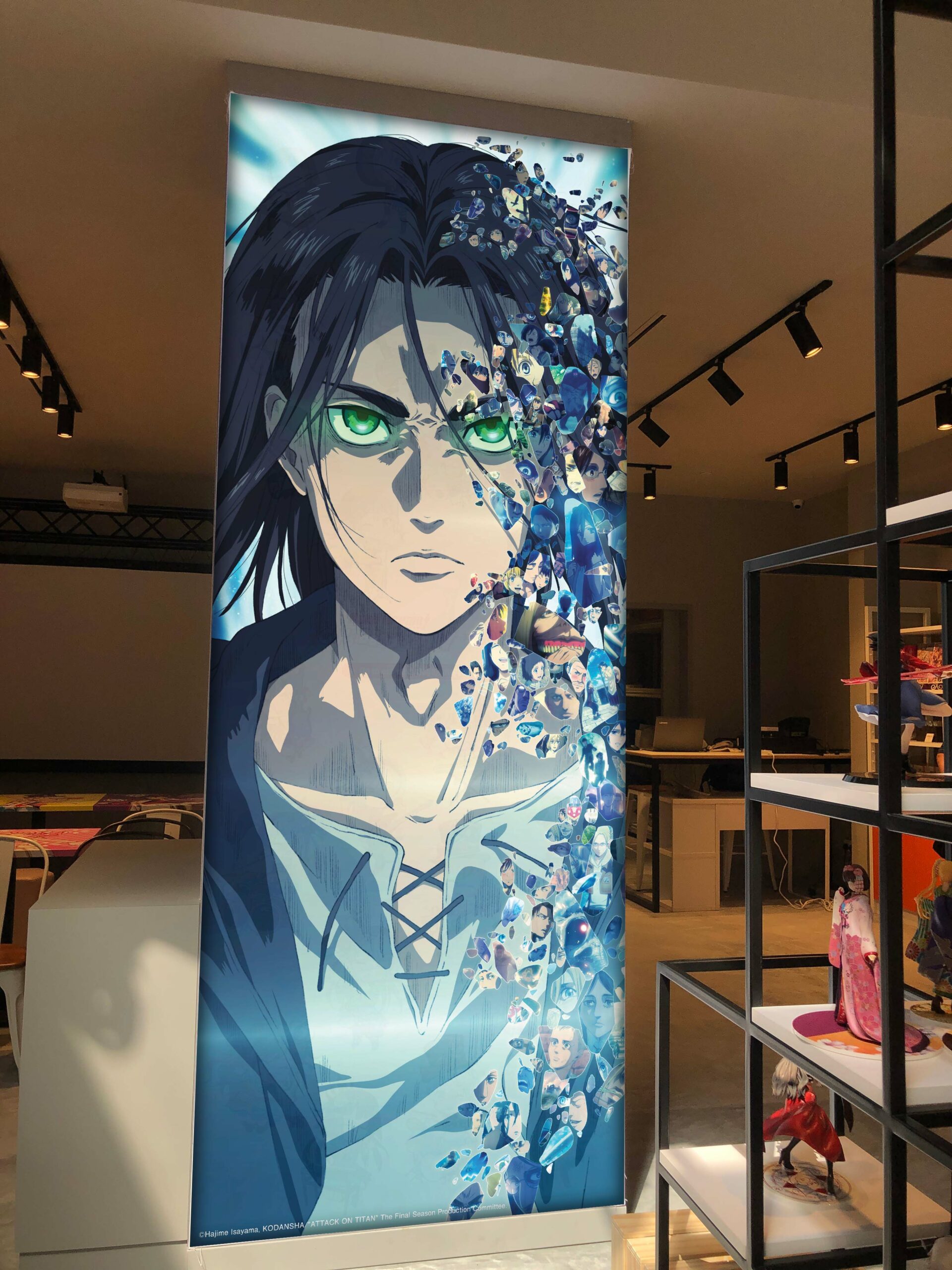 Be greeted by two titans as you enter the cafe and enjoy photo ops with stand-ups and murals featuring members of the Survey Corps. The cafe counter has also been redecorated to showcase the art of the animated series. 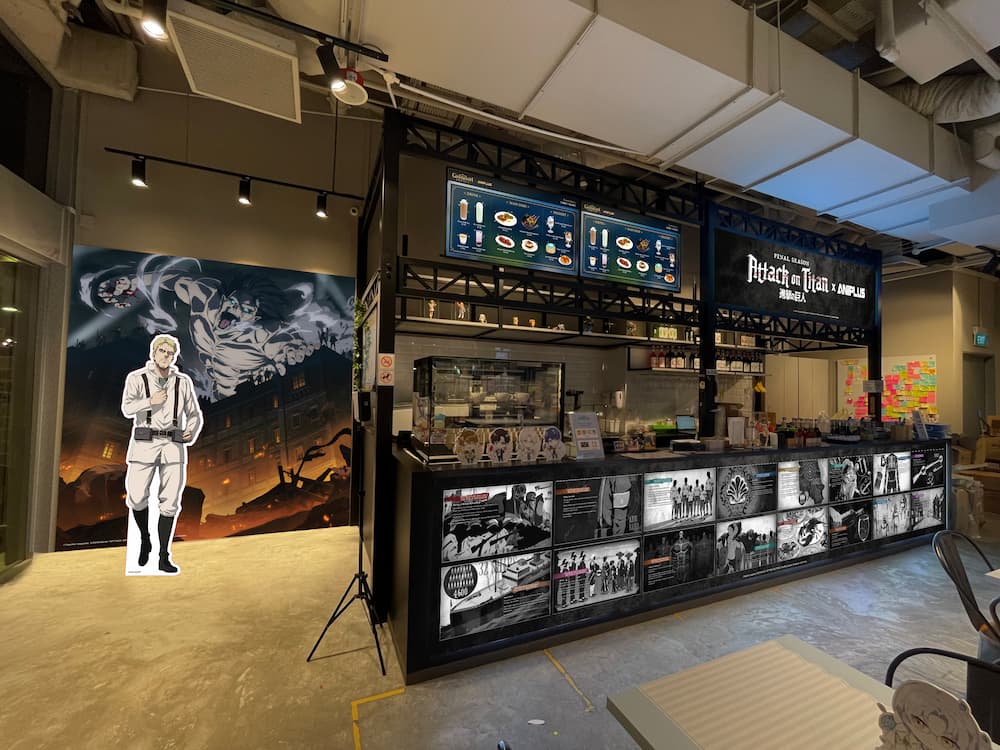 On the menu are a number of Western dishes, all named after elements from the series. 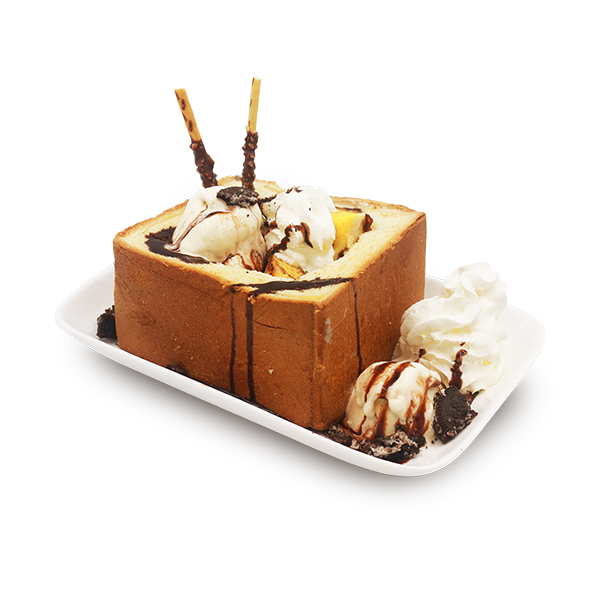 There is also the Through the broken wall, an After You-café-style dessert, with cubes of French toast in a thick, hollowed-out slice of toast. This is served with vanilla ice cream, chocolate wafer sticks and finished with chocolate sauce. 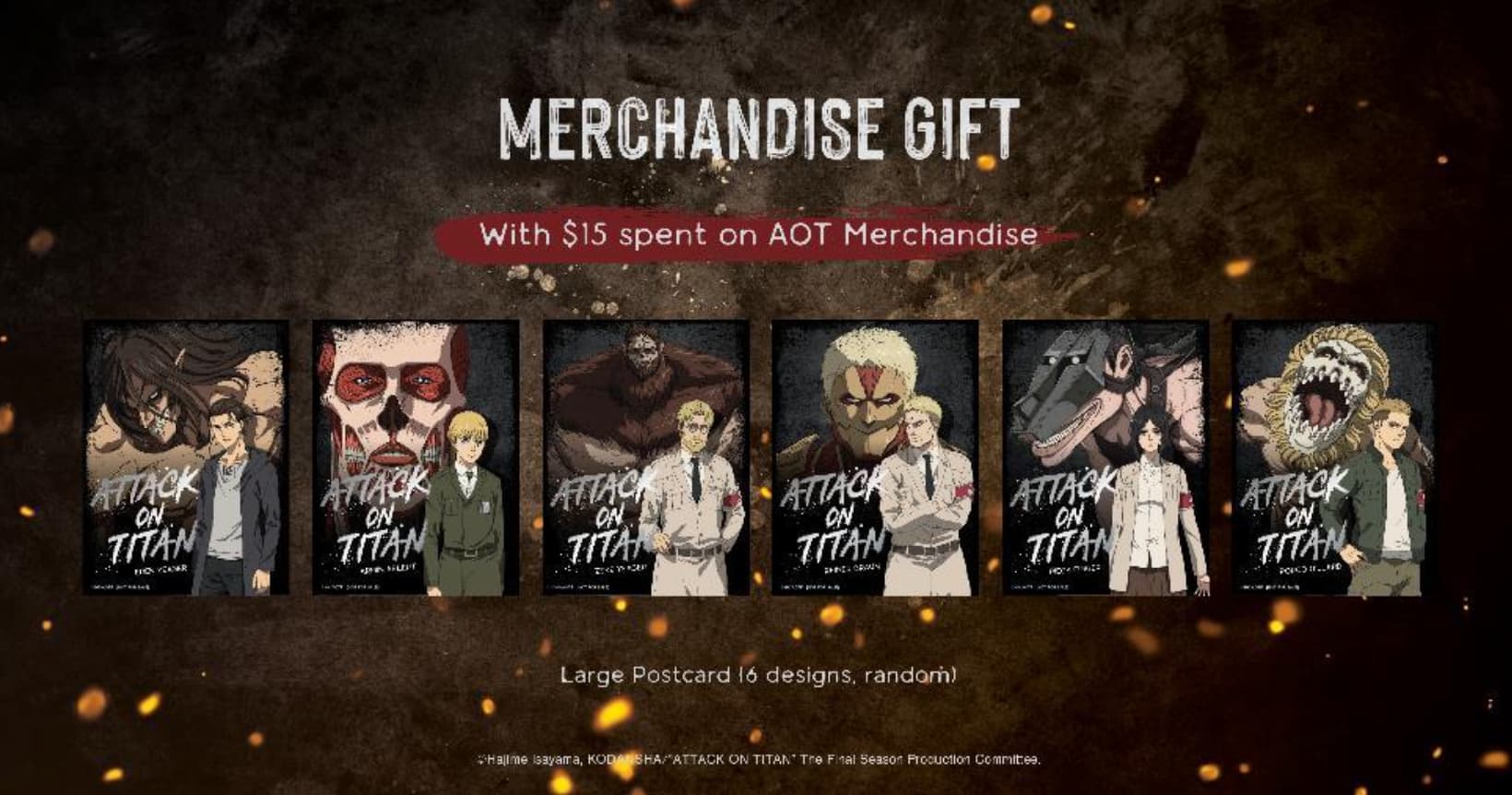 Food prices are TBD, but spend $14 for a free sticker set and postcard, featuring artwork of your favorite characters. Spend $15 or more on merchandise and you get a great postcard too, with 16 different designs to choose from. These include the art of Eren, Armin, Zeke, Reiner and many more!

You can also get Can badges with Chibi art of 15 different character designs when you spend over $25 on merch. The store shelves will be filled with Attack on Titan stationery, posters, character shikishi boards, and more to buy and collect. The merch is also exclusive to ANIPLUS, so you won’t find them anywhere else.

You can reserve a table via the website link below.

For more themed cafes, check out the new My Little Pony cafe.

Being addicted to caffeine is a personality, isn’t it?